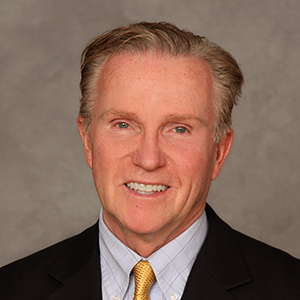 Dr. Myers is the immediate past Vice-Chair of Education and Director of Training in the Department of Psychiatry & Behavioral Sciences at SUNY-Downstate Medical Center in Brooklyn, NY. He is Professor of Clinical Psychiatry at the same institution where he continues to teach and serve on the Medical School Admissions Committee. He is also medical student Ombudsman.

Dr Myers graduated in medicine from the University of Western Ontario in 1966 and did residencies at Los Angeles County-USC Medical Center, Wayne State University (Detroit General Hospital), and the University of British Columbia. After completing his residency training in 1973 and until 2008, he taught half-time at UBC and was in private practice half-time in Vancouver. He is board certified in Psychiatry by both the Royal College of Physicians & Surgeons of Canada and the American Board of Psychiatry & Neurology.

Dr. Myers is the author (or co-author) of eight books: Why Physicians Die by Suicide: Lessons Learned From Their Families and Others Who Cared (Amazon 2017); The Physician As Patient: A Clinical Handbook for Mental Health Professionals (with Glen Gabbard, American Psychiatric Publishing, Inc., 2008); Touched By Suicide: Hope and Healing After Loss (with Carla Fine, Gotham/Penguin Books, 2006); The Handbook of Physician Health (with Larry Goldman and Leah Dickstein, American Medical Association, 2000);.Intimate Relationships in Medical School: How to Make Them Work (Sage Publications, 2000); How’s Your Marriage? A Book for Men and Women (American Psychiatric Press Inc., 1998); Doctors’ Marriages: A Look at the Problems and Their Solutions (Second Edition, Plenum, 1994); Men and Divorce (Guilford, 1989). His publications also include over 150 articles, book chapters, letters, book reviews and 8 videotapes covering a range of topics: marital therapy, men and reproductive technology, divorce, sexual assault of women and men, AIDS, the stigma of psychiatric illness, gender issues in training and medical practice, the treatment of medical students and physicians, boundary crossing in the doctor-patient relationship, and suicide.

Dr. Myers lectures extensively throughout North America and beyond. His website is: www.michaelfmyers.com