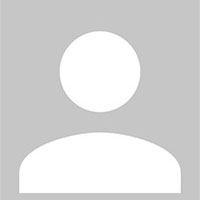 Dr. Tibbo’s publications are primarily in the area of schizophrenia, and his current foci of study include individuals at the early phase of, and individuals at risk for, a psychotic illness. Dr. Tibbo’s areas of research include application of  in vivo brain neuroimaging techniques to study psychosis as well as research interests in co-morbidities in schizophrenia, psychosis genetics, addictions and psychosis, pathways to care, education, and non-pharmacological treatment options. He is President of the Canadian Consortium for Early Intervention in Psychosis (CCEIP), helping to advance early intervention care at the national level. He is funded by local and national peer reviewed funding agencies and well published in leading journals. Dr Tibbo is a recipient of the Michael Smith Award from the Schizophrenia Society of Canada for research and leadership in schizophrenia (2015), the Canadian Alliance on Mental Illness and Mental Health’s Champion of Mental Health Research/Clinician award (2017), and the 2018 Royal College of Physicians and Surgeons of Canada Prix d’Excellence - Specialist of the Year (region 5).