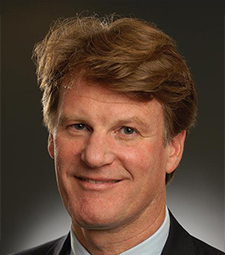 Paul E. Keck, Jr., MD, is Craig and Frances Lindner Professor of Psychiatry and Behavioral Neuroscience at the University of Cincinnati (UC) College of Medicine. He is also President-CEO of the Lindner Center of HOPE, a state-of-the-science, UC-affiliated comprehensive mental health center in Mason, Ohio. Dr. Keck has conducted extensive research in bipolar disorder and clinical psychopharmacology, supported by grants from the NIMH, NARSAD, the Stanley Foundation, the Marriott Foundation, and industry. Since 1996, he has been in the top 10 of the most cited scientists in the world publishing in the fields of psychology and psychiatry.

Dr. Keck is the author of over 400 scientific papers in leading medical journals.  He has also contributed over 200 reviews and chapters to major psychiatric textbooks, and is the editor or author of 6 scientific books.

Dr. Keck is the recipient of numerous honors, including the Gerald Klerman Young Investigator Award from the National Depressive and Manic-Depressive Association (NDMDA); the Gerald Klerman Senior Investigator Award from the Depression & Bipolar Support Alliance (DBSA); the Exemplary Psychiatrist Award from the National Alliance of the Mentally Ill (NAMI); the Philip Isenberg Teaching Award from Harvard Medical School; the Nancy C A Roeske Certificate for medical student education from the American Psychiatric Association; Distinguished Fellow of the American Psychiatric Association; the Wyeth-Ayerst AADPRT Mentorship Award; two Communicator Awards for Continuing Medical Education; the Outstanding Physician Partner Award of the Postgraduate Institute for Medicine; and two Golden Apple Teaching Awards from the University of Cincinnati College of Medicine. He is listed as one of the Best Doctors in Cincinnati by Cincinnati Magazine; The Best Doctors in America, a directory of the top one percent of physicians in the United States as rated by their peers; and is listed among The World’s Most Influential Scientific Minds by ScienceWatch.