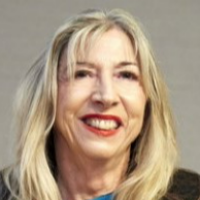 Professor Barbara J Sahakian is based at the University of Cambridge Department of Psychiatry and Behavioural and Clinical Neuroscience Institute. Sahakian is also an Honorary Clinical Psychologist at Addenbrooke’s Hospital and a Fellow of Clare Hall, Cambridge, as well as a Fellow of the British Academy and the Academy of Medical Sciences. She was a Member of the International Expert Jury for the 2017 Else Kröner-Fresenius-Stiftung Prize and is a Past President of the British Association for Psychopharmacology and of the International Neuroethics Society.

According to Research.com Dr. Sahakian is one of the very top researchers worldwide in the fields of neuroscience and psychology. She has an international reputation in the fields of psychopharmacology, neuropsychology, neuropsychiatry, neuroimaging and neuroethics. She is best known for her work on problems of cognition and motivation in brain injury, ‘hot’ and ‘cold’ cognitive deficits in depression and early detection and early treatment with cholinesterase inhibitors in Alzheimer’s disease.

Dr. Sahakian has published on cognitive reserve and resilience across the lifespan and has over 550 publications in high impact scientific journals. Google Scholar credits her with a Hirsch (h) index of 159 and an i10-index of 514. Sahakian co-invented the neuropsychological CANTAB and EMOTICOM tests (www.cambridgecognition.com) and the University of Cambridge/PEAK Advanced Training Programme and the Wizard Apprentice Memory Game (www.peak.net). She has contributed to Neuroscience and Mental Health Policy, including the UK Government Foresight Project on Mental Capital and Wellbeing (Beddington et al., 2008, Nature), the Strategy for Mental Health for the Medical Research Council (Sahakian et al., 2010, The Lancet) and the Grand Challenges in Global Mental Health (Collins et al., 2011, Nature). She was a member of the Institute of Medicine Planning Committee (USA) on Enabling Discovery, Development, and Translation of Treatments for Cognitive Dysfunction in Depression. She is on the Committee for the Strategy for Neuroscience and Mental Health for the Department of Health.

In March 2017, Dr. Sahakian participated in the Global Council on Brain Health meeting in Washington, DC. She has spoken at the World Economic Forum, Davos, 2014 and is a member of the WEF on the Future of Neurotechnologies and Brain Science. She is also on the Clinical Advisory Board of the Human Brain Project. She is a member of the Wellcome Trust Science Innovation Translation Programme Advisory Group and the Wellcome’s Innovator Awards Advisory Group. She is a member of the Irish Research Council Laureate Awards Committee. She is the co-author of the book ‘Sex, Lies & Brain Scans’ which has been awarded the British Psychological Society Popular Science Award. She has been a witness for the recent House of Lords Select Committee's Report on Science, Technology and Healthy Living (https://publications.parliament.uk/pa/ld5801/ldselect/ldsctech/183/18313.htm#_idTextAnchor166). She has published on the effects of COVID-19 on the brain, cognition, mental health and wellbeing in scientific and popular journals.