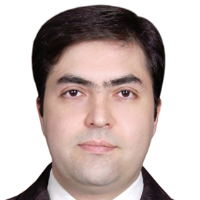 Shahram Moosavi is a second-year psychiatry resident at the University of Alberta. He has come a long way to reach to this point; he was born in Iran. Shahram graduated as a general practitioner in the year 2000 and volunteered to work for two years in one of the most under-served rural areas of Iran as the only physician in an around the clock clinic. Working as the only physician in a twenty-four-hour health care centre for more than 2 years provided exposure to a myriad of medical problems. As you can imagine, it was incredibly demanding at times but taught him to be patient and persistent. Meeting new people from different and various cultures, social classes, languages, religions and values taught that young motivated physician invaluable lessons: How to treat patients kindly and responsibly in order to attain their trust; how to accompany them in times of triumph and palliation. Meanwhile it provided a medium to enhance his interpersonal skills, ability to work under pressure and function as both a team member and leader.

It seemed that he was not satisfied and looked for more challenges so applied for Urology residency in one of the most prestigious academic Urology centers in Iran thus giving him excellent exposure to research. Shahram seized this opportunity to immerse himself in many projects and was rewarded with numerous publications.

After graduating as a urologist, he voluntarily chose to serve in one of the most remote and underserved cities of Kurdistan near the border of Iraq. Due to the lack of medical practitioners in the area, his service was greatly acknowledged and allowed him to acquire respect from the civilians in the city. This small district had been exposed to war for over eight years and was recovering from the destruction during Shahram’s stay.

Shahram immigrated to Canada in 2010 and studied diligently for two years to pass all the exams needed for an IMG to attain the LMCC. However, he was lucky enough to find a job as a clinical/surgical assistant in the Department of Urology at the University of Alberta Hospital that provided a unique opportunity to further refine his skills in an academic atmosphere while developing familiarity with the Canadian Health Care System.
After seven years of contemplating, he decided to pursue one of the most interesting fields in medicine, Psychiatry. Every patient has a unique story that belongs just to them that needs to be “detected”. It is rewarding to be able to alleviate the pain and suffer in those affected by mental health issues; the type of pain that in most instances is more severe and bothersome than bodily conditions. A form of torment that not only involves the affected person but also their families and society. Helping a person winning this battle can benefit generations.

All in all, he feels he has eventually found his way and has promised himself to do his best to be a capable and dedicated psychiatrist in the future.